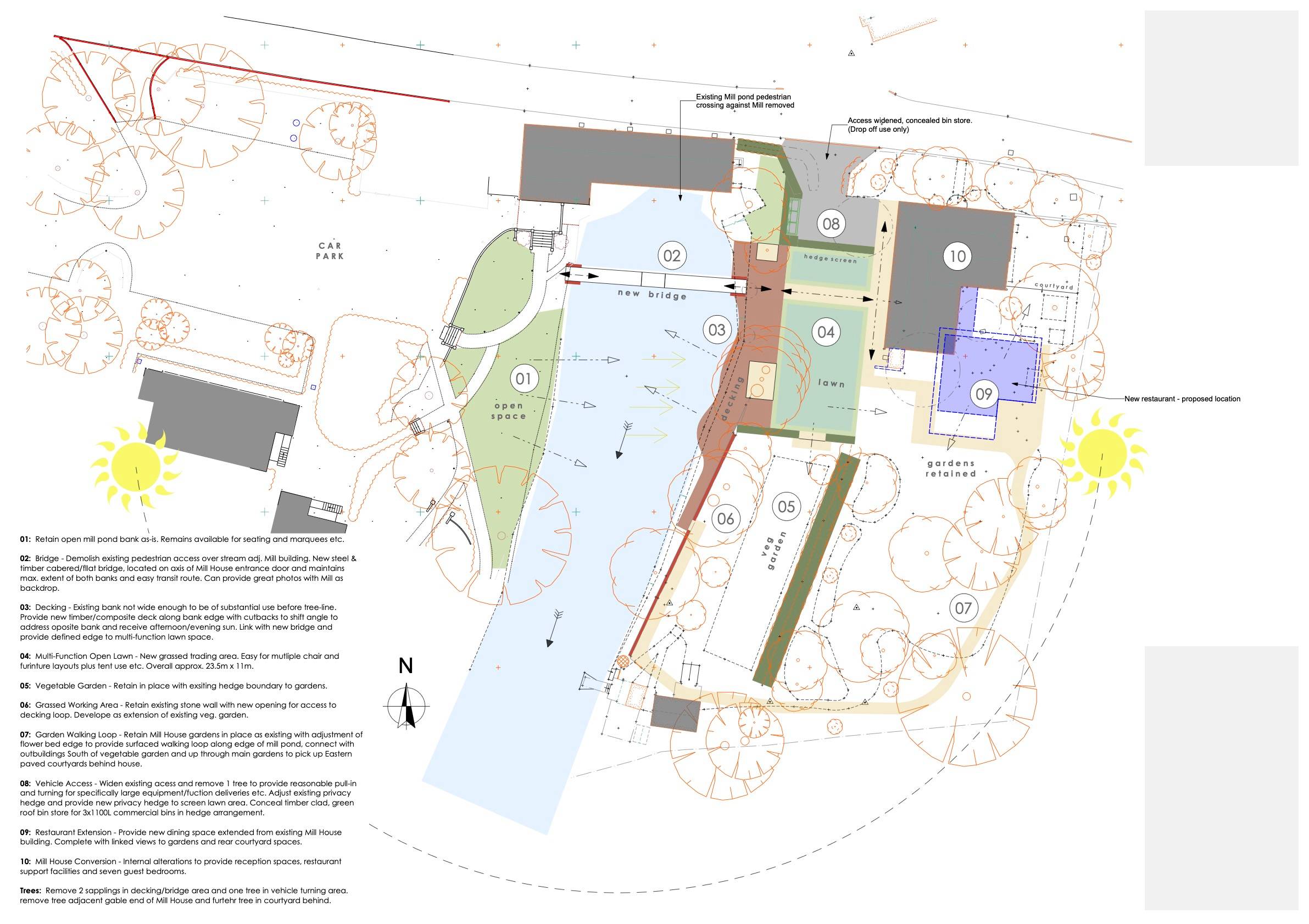 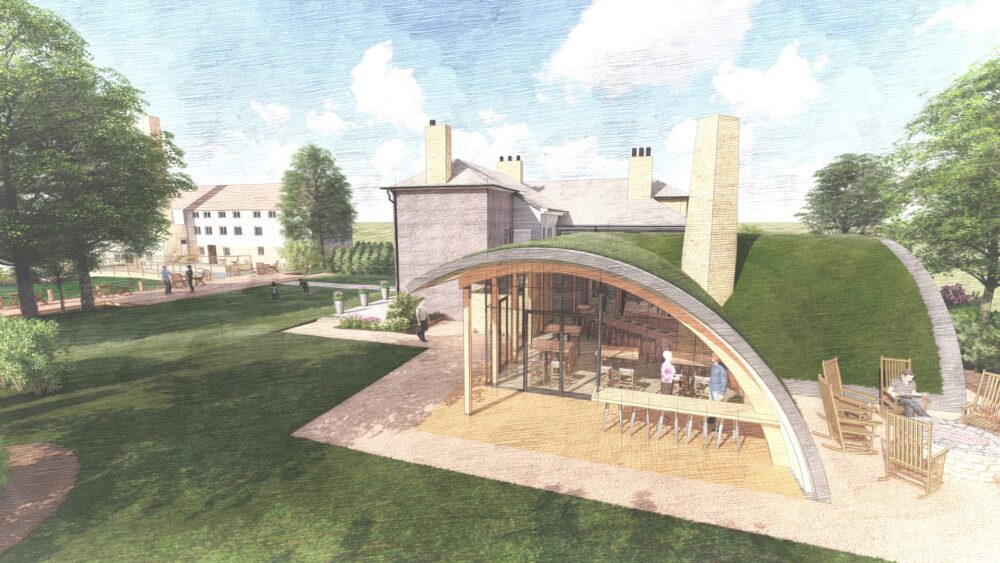 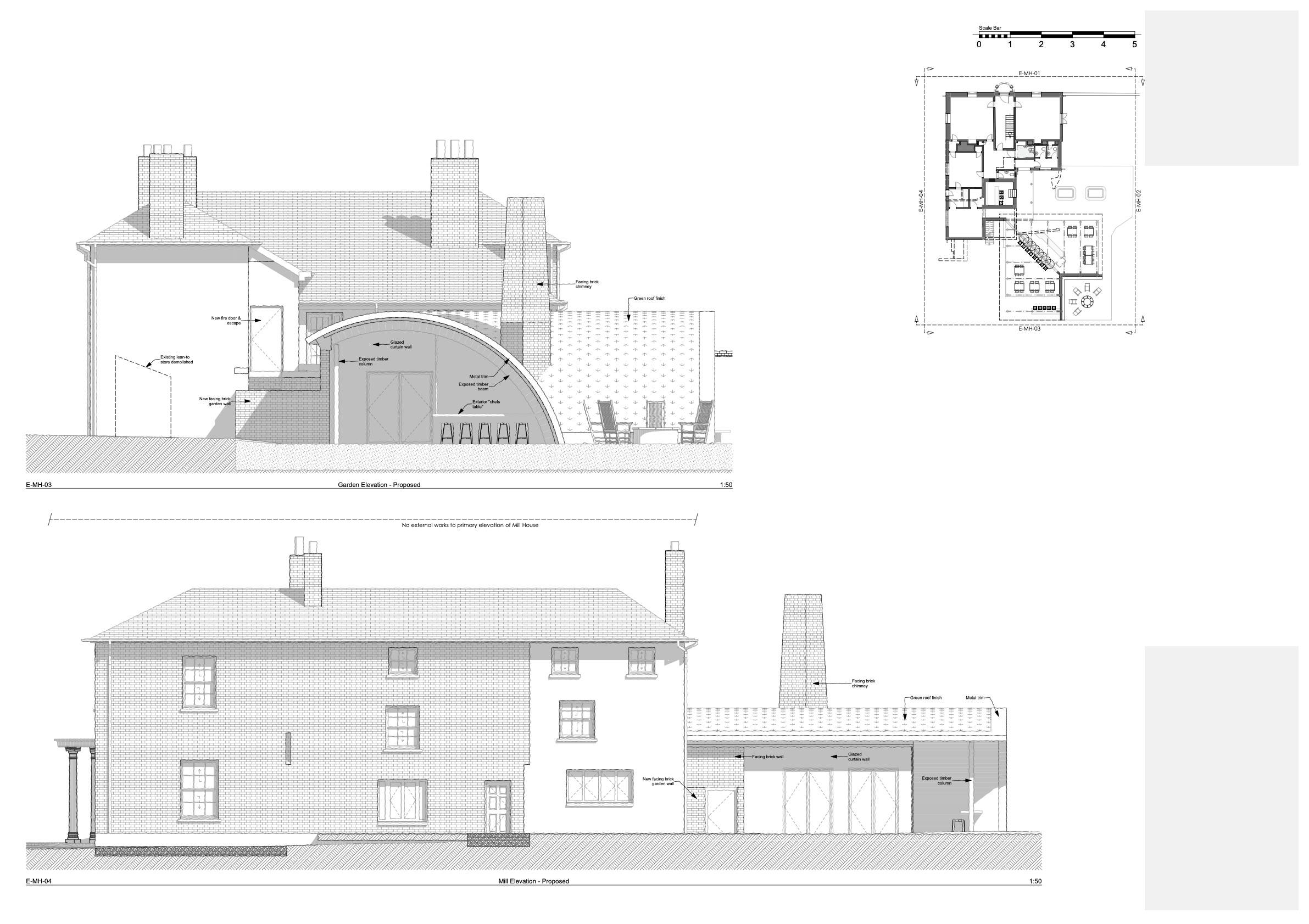 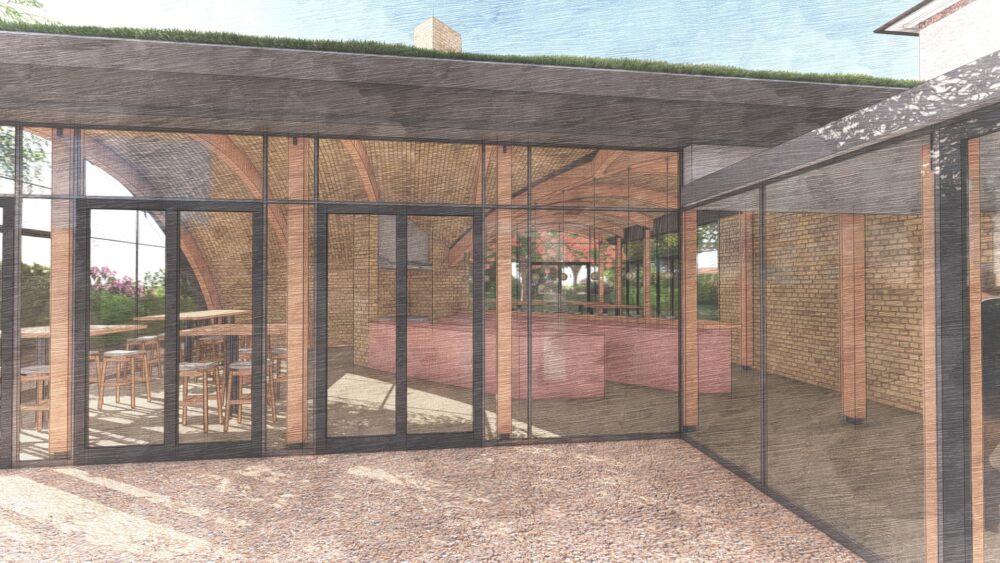 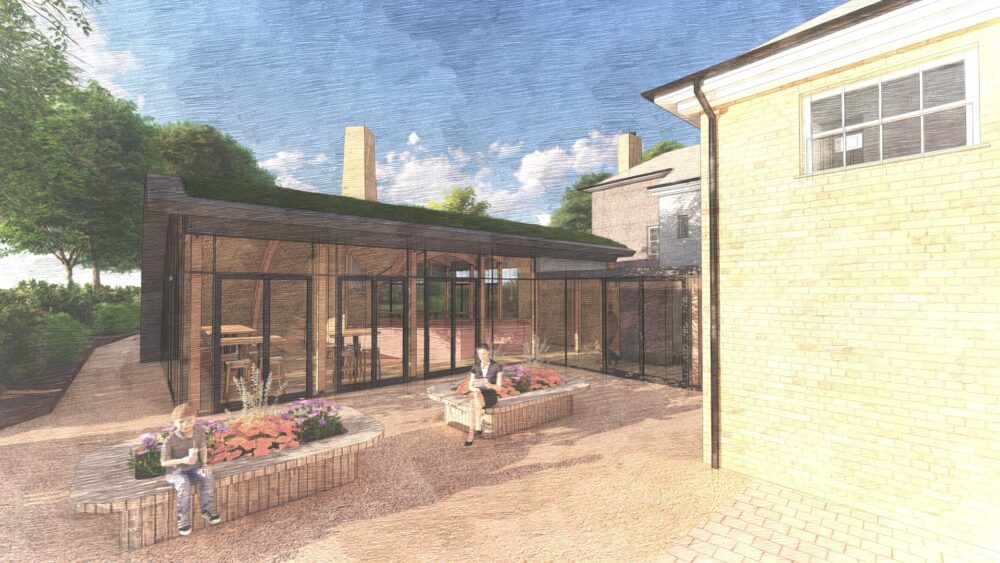 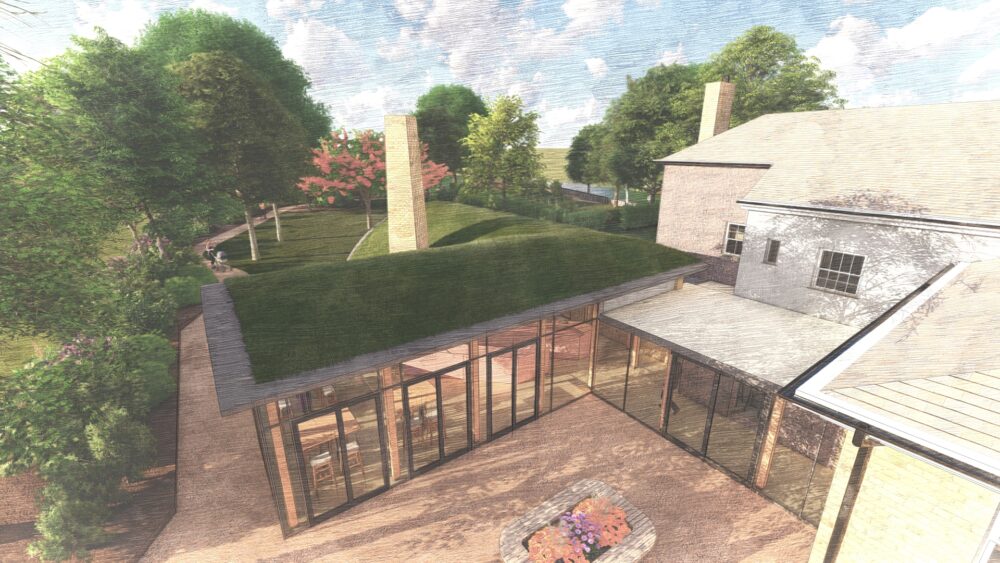 This scheme is part of an ongoing larger series of development on the campus of a hotel with Michelin-starred restaurant. The brief was to convert a listed (equivalent to NHRP designation) dwelling that had been newly purchased with the goal of providing additional boutique hotel rooms with the first floor providing a reception and BOH kitchen to serve a new restaurant addition.

In addition to the owners direction regarding number of covers and open FOH kitchen format, the brief for the restaurant was also that it be "Instagrammable".

Playing off the form of an existing cellar in the property, the shell is formed from a pair of perpendicular barrel vaults, helping to shield the neighboring property from the activity and allowing the open sides to be glazed to face the existing riverbank and site.